The Bug is proud to present the second and final installment from The Woes of Willamena, the first foray by former Opposition Leader Bill Shorten into the world of romance novel writing.

In the first extract, an inconsolable Willamena Shawnton found herself deep in the bowels of the library during lunchtime at the Saint Frank Ingcredits Catholic Senior College for Chaste Ladies, run by the tough but fair Blessed Hymen Intactica Order of Nuns in leafy Toorak in Melbourne’s silvertail heart.

Willamena’s heart was broken, not just at losing the recent election for school captain and the dreadful and hurtful lies told about her but also how her fellow students had treated her during the election and indeed afterwards.

She had just surrendered herself to another round of sobs when she heard someone coming down through the library shelving to a reading area where she sat alone.

We pick up the story there.

Willamena dabbed her eyes quickly and tried to retain some semblance of control, at the same time straightening out her storm-blue pleated college skirt down over her lovely knees and whispering: “Who’s there?”

But she knew the answer just as the words escaped her moist lips when one of her  few true friends at the college, Antonia Alwaysease (pictured) appeared around the corner of shelving devoted to tomes on decent housewifery and husband-doting 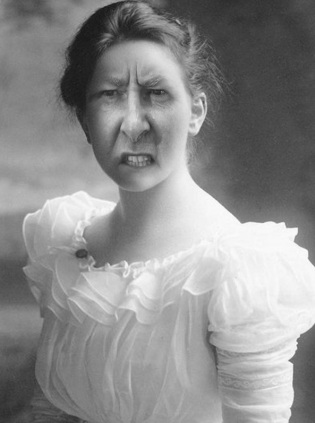 “So, there you are,” Antonia said quietly, her voice thick with what Willemena assumed was concern for her plight.

She had always liked Antonia because her background was much the same; her family weren’t in the law, medicine, real estate or anything like that.

“My goodness, are you okay?” Antonia asked as she grabbed a chair, swung her lithe body effortlessly into it and pulled the chair to the front and close to Willamena so their stockinged legs entwined.

Willamena gave a little audible gob – half way between a sob and a gasp – as the contact between their legs sent a pleasurable pulse deep inside those secret parts that make each and every woman so special.

“You should have run instead of me!” Willamena blurted out perhaps in a bid to quieten emerging carnal desires that threatened to engulf her. “You’re far more natural than me; you’ve got that fair-dinkum quality that I’ve never had. And you’re prettier.”

“That’s all true,” Antonia said softly, as she leaned forward to gently wipe away a fresh tear.

“Apart from you and a few other girls, they’ve just been so, so horrid,” said Willamena, who surprised herself with a total lack of shame as she twisted her thighs ever so slightly to increase the mounting frisson between the besties’  upper thighs.

“Do you know what they did just last weekend while you were away?” Willamena whispered, lifting a hand to envelop Antonia’s as her friend’s other hand worked its way up Willamena’s right thigh and well under the skirt hemline.

“They rang my mobes and invited me down to the mall for brunch and they told me we were all wearing pastel shorts, matching tees and sandals even though it was rather cold and when I got there everyone was dressed up to the nines!”

Willamena twisted once more to allow the practiced fingers of Antonia’s left hand to slip under the elastic of her pale lilac panties. Willemana gobbed once more as those fingers ran along the border of her garden bed before an experienced and desperate thumb traced a slow, gentle yet teasing line, like a disc slowly opening the natural central furrow on Willamena’s unploughed mound.

At that very moment that thumb found and pressed down gently on Willamena’s emerging and glistening bud, just as an expert gardener might firmly bed home a transplanted seedling, Antonia’s mouth moved to Willamena’s and the girls kissed passionately, their tongues united as one against the world.

And then she took her.

The Woes of Willamena is due to be published in early July.