Australia is headed for another minority government if exit polls taken late this morning by The Bug‘s team of field reporters are any guide.

Despite today’s Newspoll showing a slight drift to Labor – 51.5% to 48.5% two-party preferred – average Australians gave The Bug a different impression as they drifted towards the democracy sausage stands after casting their vote. 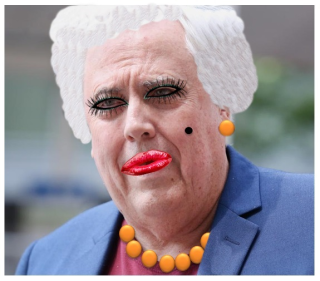 I voted for the United Australia Party candidate although I have no idea what the tinfoil hat and spinning bowtie meant. While I can’t stand a bar of that pig of a man Clive Palmer, I do know that immediately after the election he’s promised to repay the tens of millions of dollars the federal government spent paying out worker entitlements when Queensland Nickel closed and he’s also pledged to pay out other monies still owed to his displaced workers at that Townsville refinery. You have to respect him for that.

The big issue for me in this election was who had a vision for our nation’s future. As a fully qualified bigot I looked for a party and a leader that had a narrow, vindictive, and short-term vision for Australia. In fact someone who had no vision whatsoever for our future. A blank sheet in fact, Preferably a white sheet. Maybe with just a couple of eye holes cut into it. I voted for someone who says what I’m too fucking stupid to think about saying myself. I guess who can work out from that who I voted for.

Ira Sideintheelectorate, I don’t have to answer that:

Do you know how many illegal refugees drowned at sea during the Rudd/Gillard/Rudd years? Do you? Or how many of those boats came here under their watch after they watered down the Man of Steel John Howard’s tough border protection laws? You don’t have any idea, do you? Or the number of men, women and children who languished in detention camps for years because of Labor’s failures over national security? You wouldn’t have a clue, would you? Fucking hell, I wouldn’t have minded a half-hour alone with you in the watchhouse way back when. And that’s why I voted Liberal today. Heaven help this country of ours if Labor somehow flukes a win.

Lord Downer, a peer but not yours:

Who do you think, you silly, silly person? Do you think I look like the sort of stupid naive chap who would willingly have my retirement nest eggs, my investment properties, my petrol driven automobiles, my franking credits, my entire estate, should, heaven forbid, I ever die, be taken away or taxed to billyO by Bill Shorten and his heathen socialist hordes? I was just grateful that I live in Mayo and could give my primary vote to that charming young woman Georgina Downer. What a gift she would be to the federal parliament over the next 40 years. She’s got ministerial quality written all over her.

I voted for United Australia Party. While I can’t stand a bar of that pig of a man Clive Palmer, I do know that immediately after the election he’s promised to repay the tens of millions of ….. Hey, is that a sausage sizzle over there? See you later.

Because of compulsory voting, I’ve had to go in there and have a go. You can guess how I voted when I say: How good has ScoMo been in this campaign? I’m sure if the Libs don’t win they’ll keep him on as Opposition Leader because, how good has ScoMo been in this campaign? Besides, apart from when I was an economist, I’ve been in sales all my working life and I’ve flogged a lot of shit products and you’ve got to admire the man for keeping a straight face while saying things like he’d burn for Australia and the promise of Australia lies in Australia’s promise and the promises he’s made to make Australia more promising. You can’t make that stuff up; it’s got to come from the heart, doesn’t it? So how good is that?

Look, I know he’s not really all that well liked and he’s got the charisma of a prolapsed sphincter and he’s got man boobs but something … and I don’t really know what … drew me right at the end there to cast my vote for the Labor candidate and for Bill Shorten as PM. Call me an old softy but his defence of his mum Ann the other day did make me think of the career choices I had to forgo as I struggled with three part-time jobs to raise seven kids and keep my husbands fed. 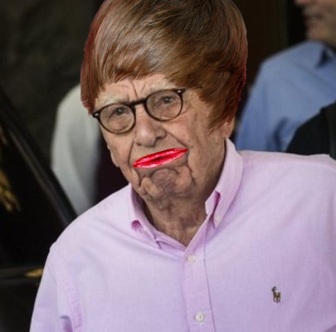 How I voted is non of your business, you impertinent whipper-snipper. Besides, does it really matter what side of politics struggles to form a government after today. I think we all know where all the power really lies in this country.

As a housewife I felt economic management was the most important issue in this election. I have trouble with my budget every day of the week. There are so many demands and so many people asking for money that there just isn’t enough to go around unless you slash spending on frivolous things like health, welfare, and education. Only the Liberals have shown they can do that.