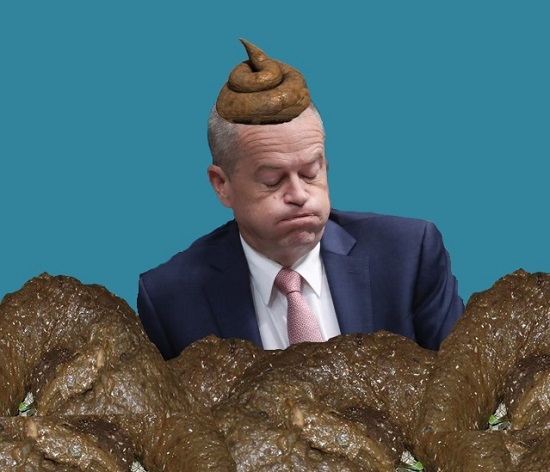 Spare a thought, people, for Bill Shorten. Whether you like him or not, the Opposition Leader is going to have a bottomless bucket of steaming hot shit poured over him in coming weeks.

Especially now that the first opinion poll of the campaign – today’s #Newspoll in The Australian – shows the Morrison government making no headway at all against Labor which has maintained its 52%-48% two-party preferred lead. The gap is much closer to 53-47, according to some poll experts.

Which means wailing banshee Michaelia Cash screeching her lungs out about tradies losing their utes and motoring enthusiasts having their Kingwoods ripped off them hasn’t worked. 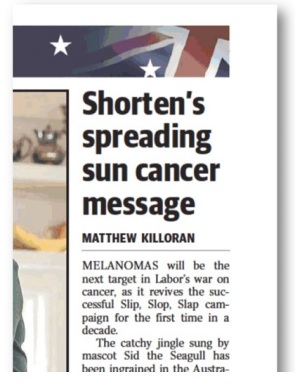 And the Morrison government’s biggest play of last week – that Labor was going to stop the Australian economy dead in its tracks by ripping $387 billion in EXTRA taxes out of the pockets of average voters hasn’t worked either, despite unquestioning and blanket front-page coverage around the #newscorpse stable. Stable? You find a lot of shit there!

So prepare yourselves, folks. Get a peg for your nostrils.

Maybe don an old raincoat because you’re likely to cop a fair bit of flying shit in collateral damage yourself as the LNP goes to work, largely through its public relations outfit, News Corpse but sadly others as well, tipping larger and larger buckets of putrid crap on various perceived Shorten personality defects.

The Bug has no doubt that this heading from Saturday’s Courier-Mail (pictured above right) would have only had the first three decks if the layout subs had known in advance about Newspoll.

And let’s not forget Channel 7, which is even shittier than the Murdoch papers at times for its political coverage. And only Sunrise could get excited about the LNP and Labor having the same primary vote in today’s Newspoll.

Someone at Sunrise is dong the same thing you sometimes hear from some of the ABC’s so-called political commentary elite. They are happy to compare the LNP (the combined vote of the two main conservative parties) with the Labor vote and spread doom and gloom about the ALP’s chances, never thinking of adding the Greens’ vote to Labor’s to get a more realistic view of the state of play. 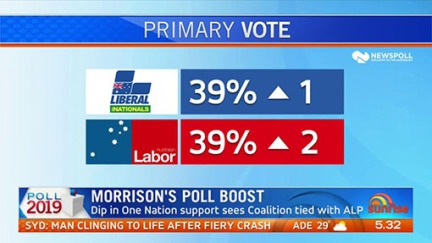 Last week’s Newspoll had the LNP ahead of Labor on primaries. That’s hardly a boost, Sunrise.

And never mind that at the 2016 election, the LNP were more than SEVEN PER CENT ahead of Labor on primaries and just scrapped over the line.

And does that Newspoll result mean The Courier-Mail’s feral political editor Renee Viellaris is going to need a bigger bucket to spread the shit she’s already writing?

In some respects, it’s hard to see how the dear dear girl, one of the LNP’s finest publicists in all of Oz,  can up the ante really. 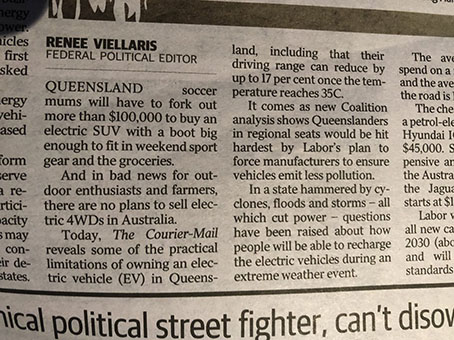 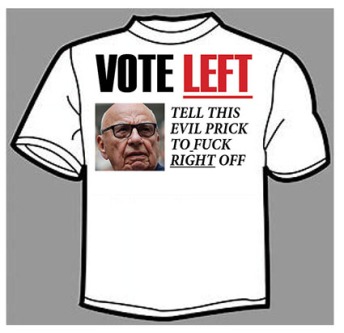