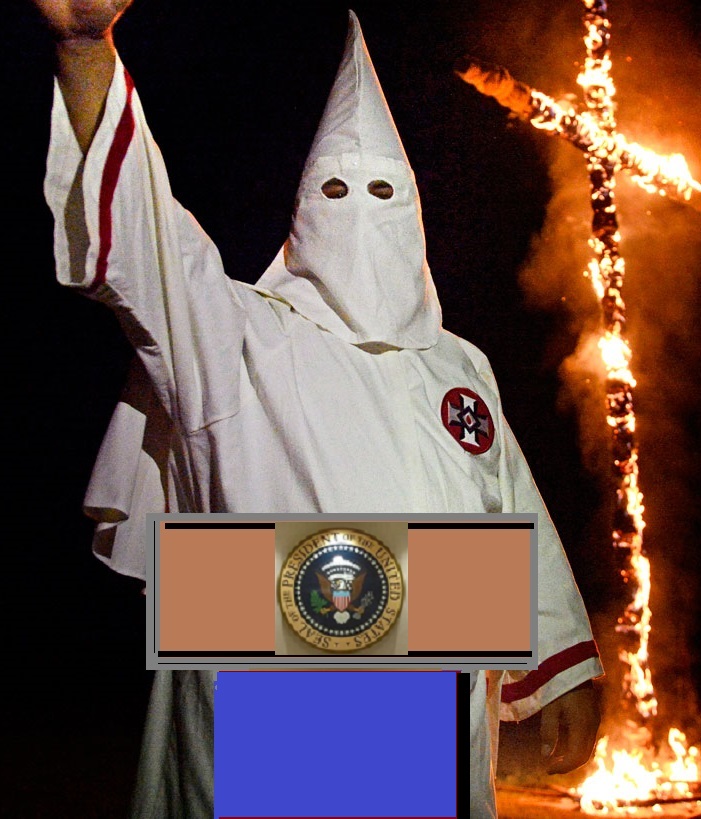 US President Donald Trump has declared he is totally satisfied with the explanation Saudi Arabia has given for the death of journalist Jamal Khashoggi at its consulate in Istanbul in early October.

“From what the Prince told me this is a most tragic and easily one of the most determined cases of suicide ever seen,” Mr Trump said at a news conference in the White House rose garden where he wore a white robe which he explained was a gift of traditional formal wear from the Saudi royal family and had nothing to do with upcoming US mid-term elections.

“It seems Mr Khashoggi went to the embassy with the intent of taking his own life. Who knows why? Maybe to embarrass the Saudi government? We’ll never know for sure.

“Once inside it seems he repeatedly threw himself against the a group of tourists who had just flown in from Saudi Arabia and who unfortunately were all holding knives at the time, having heard how dangerous a place Istanbul can be.

“Mr Khashoggi was so determined that he firstly disarmed and then apparently wrapped the hands of at least one of the startled tourists around his own throat and strangled himself.

“Then in a final act of self-destruction he threw himself against the spinning blade of a bone saw one of the tourists had bought duty free at Istanbul International Airport and was demonstrating to his fellow travellers.

“Understandably, once Mr Khashoggi had achieved his aim, the staff at the Saudi Arabian embassy did the right thing and made sure that he was dissolved…. I mean… buried as soon as possible in line with Islamic beliefs.”

Mr Trump said he could not say where the burial took place.

“Unfortunately, the phone line dropped out when I asked the Prince that very question,” he said. “But he told me enough to hopefully put this very sad and very tragic chapter behind us.

“I believe the Prince, he’s a good guy. He may have ‘bin’ in his name and look like a terrorist but he’s not. No way. He’s not a terrorist. Not a terrorist. He might wear those tea towel things on his head but no way he’s a terrorist. You know he’s a really nice kinda guy. It was a great call. I think we’re now very, very close friends.

“He and the Saudi royal family are yuge supporters of our nation and some of the biggest customers for US-made military equipment,” Mr Trump said. “So now that this sad chapter is behind us I hope we can get on with selling billions and billions of dollars’ worth of US weapons of mass death and destruction to these good and faithful allies who epitomise American values.

“It’s only by having countries like Saudi Arabia buy and use our weapons of mass death and destruction that the people of the Middle East can continue to live together in peace or, in the case of the Palestinians, in pieces,” President Trump said.