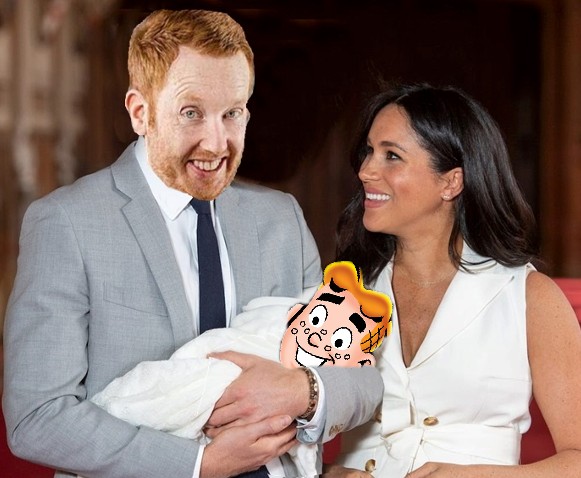 The joyous news that Their Non-Royal Highnesses the Duke and Duchess of Sussex are expecting their second child has focussed attention on what name they will choose for the new Prince or Princess.

There is always great interest in the naming of a royal baby, and the expected new addition to the Duke and Duchess’s family will be no exception.

The couple’s choice will be the subject of much speculation in coming months.

It is a little known fact that their Non-Royal Highnesses’ first child, Archie Harrison Mountbatten-Windsor (main picture), was not named in honour of any of their relatives, friends, or indeed any person living or deceased.

My Buckingham Palace sources tell me that he was instead named after the central character in the popular American comic book series Archie which tells humorous tales of a group of teenagers in the fictitious town of Riverdale.

It seems that as a child growing up in the US, the Duchess of Sussex was a big fan of Archie comics and still holds a mail-order subscription.

My royal contacts tell me that Archie comics are likely to inspire the name of the Duke and Duchess’s second child.

So shortly after the Duchess gives birth we should expect an announcement that her second child will be named Jughead if a boy or Betty or Veronica if a girl. (pictured clockwise at right)

My palace sources said they were unsure what name might be given to the child if it were intersexed – certainly a legitimate consideration in this day and age.