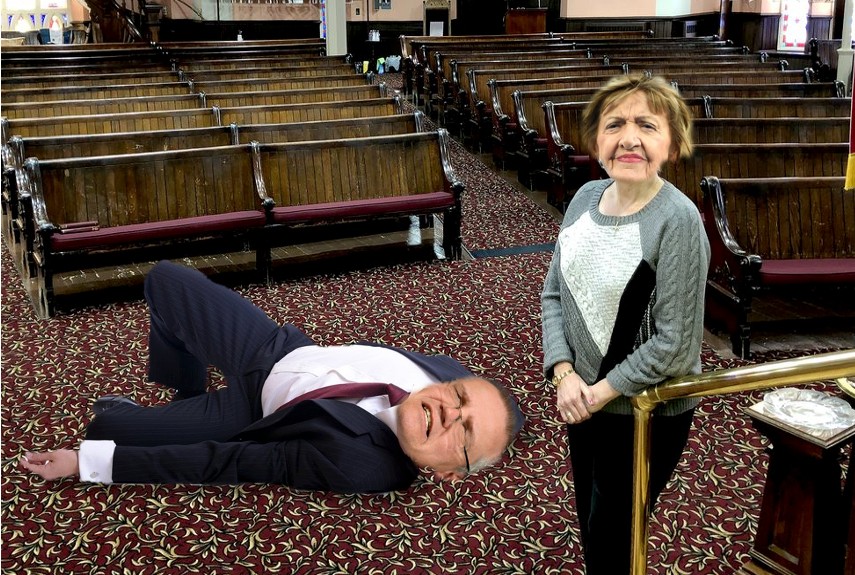 Prime Minister Scott Morrison has made a secret visit to Australian tennis great Margaret Court in Perth to personally apologise on behalf of the nation for the bullying she has received from some of her fellow citizens after she was awarded the Companion of the Order of Australia.

The Bug has been lucky enough to have secured the transcript of the short but poignant exchange between Mrs Court and her fellow Pentecostal adherent the Prime Minister during his visit:

The Bug understands that at the end of the short exchange, Mrs Court blew a thank-you kiss to Mr Morrison, sending him flying backwards onto the floor (main picture).

Mrs Court later confirmed that Mr Morrison’s visit to her Victory Life Church was not planned as a public event and the Prime Minister’s Office had requested a low-key visit. She even let him in for free.

“It seems the PM was looking for access to my church away from the public gays and I readily agree to that of course,” she said. “So I let him in my back door which I do on special occasions.”

“Mr Howard rang me and it was clear to me he wanted to also say ‘sorry’ for my past treatment,” she said.

“He tried multiple times to say the word but just couldn’t quite get it out. Still, it’s the thought that counts,” she said.