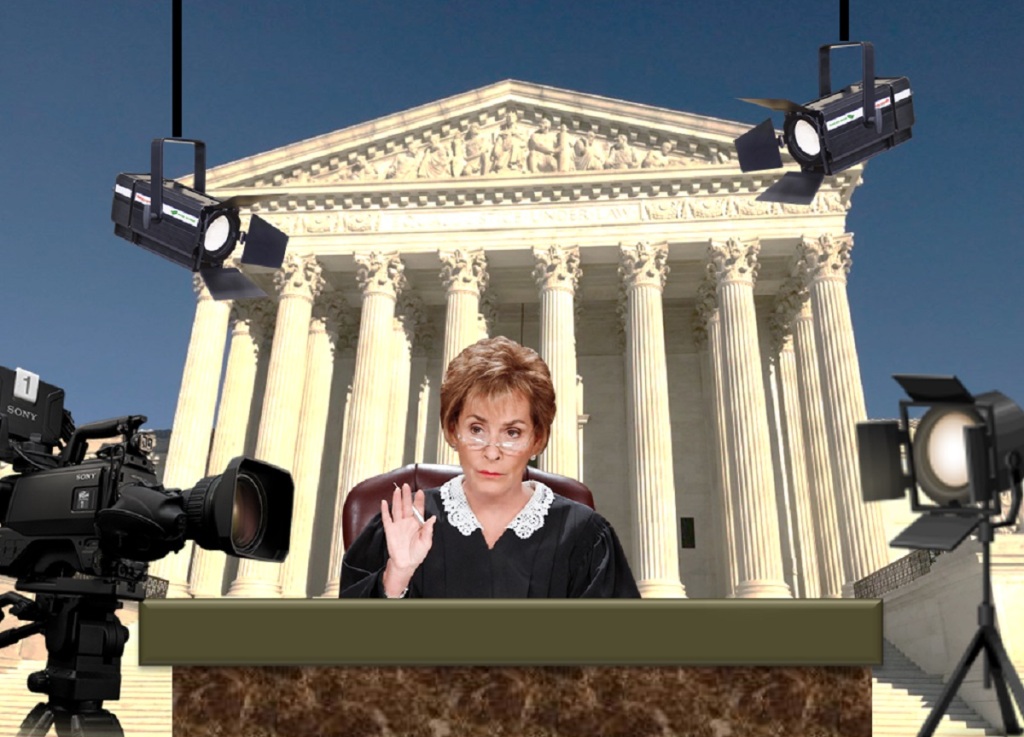 US President Donald Trump has revealed his pick to replace the late Justice Ruth Bader Ginsburg on the nation’s Supreme Court.

Mr Trump said he was living up to his promise to appoint a woman with deep legal experience to the bench.

“I believe Judge Judy (main picture) meets those requirement, having been on the bench for 25 seasons and with plans for a 26th season to start filming soon,” he said.

“Plus she’s won three Daytime Emmy Awards. So she’s a very smart lady. Very smart. Not as smart as me, obviously, because I’m a very stable genius don’t forget.”

The President said he could see no problem if Judge Judy wanted to continue shooting her show while serving on the Supreme Court bench.

With Supreme Court justices appointed for life, Judge Judy could be on the bench for up to a decade.

Singing superstar Madonna says she is having trouble with casting for her own the biopic that she is directing.

The as-yet-unnamed film project, announced earlier this month, will be based on a screenplay written by Madonna and singer Diablo Cody.

“I plan to play myself for the parts of the film that cover the later parts of my career,” Madonna said.

“But I need to find just the right type of person to play me in the earlier years, mainly the late-80s and early 1990s just after my career really took off and I did that Sex book.

“For me it’s not a big deal to get an actress who has the same facial features as me. It’s more about her having the right mingal features,” Madonna said.

“We want to encourage big players in the energy sector to make greater use of what is technically ‘solid carbon’ —  a very dark, naturally occurring substance that can be found not far under the ground in various parts of Australia,” Mr Taylor said while showing reporters a sample of the material (pictured).

“We want to encourage the capture of more carbon in this solid form that can then be stored in special facilities.

“We have discovered that this type of solid carbon must be stored at very high temperatures and luckily there are a lot of existing facilities dotted around our nation that can do that.

“I think I can safely say that it is this type of visionary thinking that’s become the hallmark of the Morrison Government,” Mr Taylor said.