Two of Australia’s best loved and most professional TV interviewers are expected to be released from inner-Sydney hospitals at the weekend after being injured during separate one-on-ones with Prime Minister Scott Morrison over recent nights.

Both suffered muscle strains, torn ligaments and bruised egos as they strove for a “gotcha” moment, firstly Sales midweek on the ABC’s 7.30 program and Tracy Grimshaw on Thursday night’s Channel 9’s A Current Affair.

Sales told The Bug from her hospital bed (above): “Talking to Morrison is like trying to juggle eels.

“Or if i may be permitted to mix my animal-base similies, I feel like I’ve gone in the wrong direction at the Pamplona bull run.

“There was certainly enough bullshit flying around.”

Lapsing in and out of consciousness in another private hospital not far away, Grimshaw cried pitifully: “Please tell me I landed a few solid punches.

“I didn’t land a glove on him, did I?” she was heard later asking nursing staff repeatedly between sobs. “Gosh, he’s a tricky one.

“Maybe it was for the best. He is, after all, the Father of our Nation and an exceptional wartime leader.

“If I had gone in harder like I wanted to, our show’s ratings might have suffered …. further.”

Much Master Foods for thought 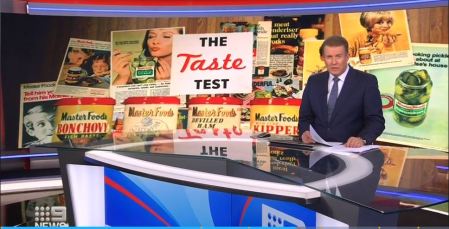 The segment at the very least showed how hard it must be to fill a 60-minute news program.

The best advertising Master Foods has never paid for might even have gone on a bit longer if the station had been unable to screen the truck overturning on a Canadian road over and over again.