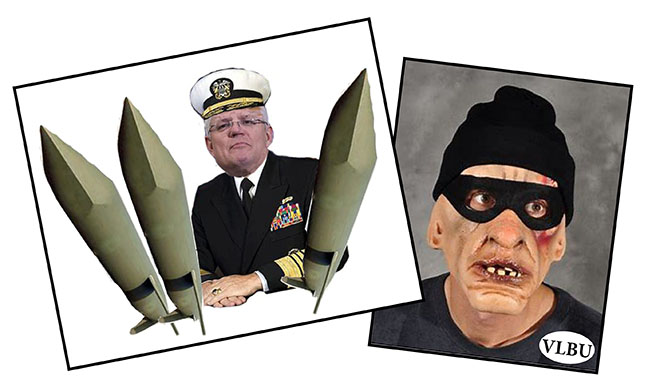 CANBERRA: the federal Liberal Party has decided not to concede defeat in last Saturday’s Eden-Monaro by-election until at least November.

“The lengthy delay is vital as we want the voters of Australia to be reminded constantly about just what a cliffhanger of an election this was and how close the Father of Our Nation and our wartime leader Scott Morrison came to pulling off what would have been a once-in-a-century miracle win by a truly gifted and much-loved national leader,” a spokesperson for the party’s federal executive said.

“We need to milk this for as long as we can. Besides, it would be unfair to just let all the mainstream media political writers and commentators do this important work for us.”

MELBOURNE: A peak Victorian union, the VLBU, has welcomed the lockdown of seven tower blocks in the state’s capital and the closure of the Victorian-NSW border for the first time in a hundred years.

Victorian Law Breakers Union general secretary Freddie “The Fence” MacGuire (pictured at top) said his 10,000 members welcomed the news that countless numbers of Victorian police will now be sidelined keeping all those tower blocks in shutdown and stopping interstate traffic at all 55 border crossings, duties that could go on for weeks if not months.

“It means our members can get on with their vital work unhindered by silly things such as detection, arrest and possible jail.”