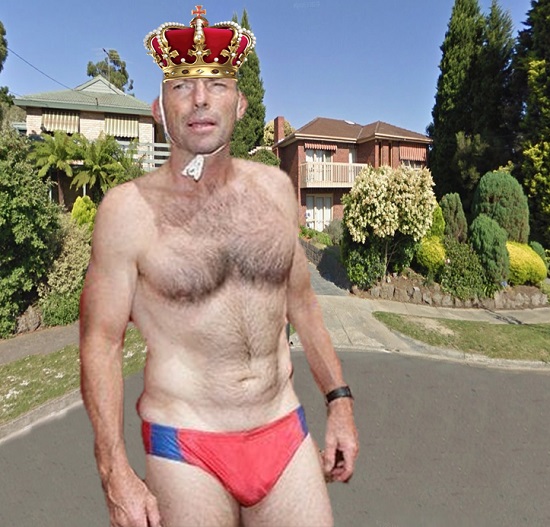 Former prime minister Tony Abbott says he is delighted to receive what he insists is a knighthood in the latest Queen’s Birthday honours list.

Speaking to reporters gathered outside his Sydney home (main picture), Mr Abbott said it was “a dream come true to be named Sir Tony Abbott” by Her Majesty Queen Elizabeth II.

Mr Abbott brushed aside advice from reporters who explained the honour bestowed upon him — Companion in the Order of Australia (AC) — was not a knighthood.

“I’m sorry, but the last people I ever listen to are journos even though I was one myself many years ago,” he said.

“I just want to thank Her Majesty on behalf of myself and my wife Lady Abbott, or Margie as she tells me she will still be known, for this unexpected but most welcome recognition.

“I want to make it clear that I won’t be insisting on being called Sir Tony by friends and colleagues.

“No, not at all. I expect they’ll do that off their own bat and won’t need me to remind them.”

Several former political colleagues of the man who led the nation from 2013 until being deposed by Malcolm Turnbull in 2015 told The Bug that nothing would change in their relationship with him.

“I always regarded Tony as a C, a really big C to be honest. So nothing will change as far as I’m concerned,” said one on condition of anonymity.