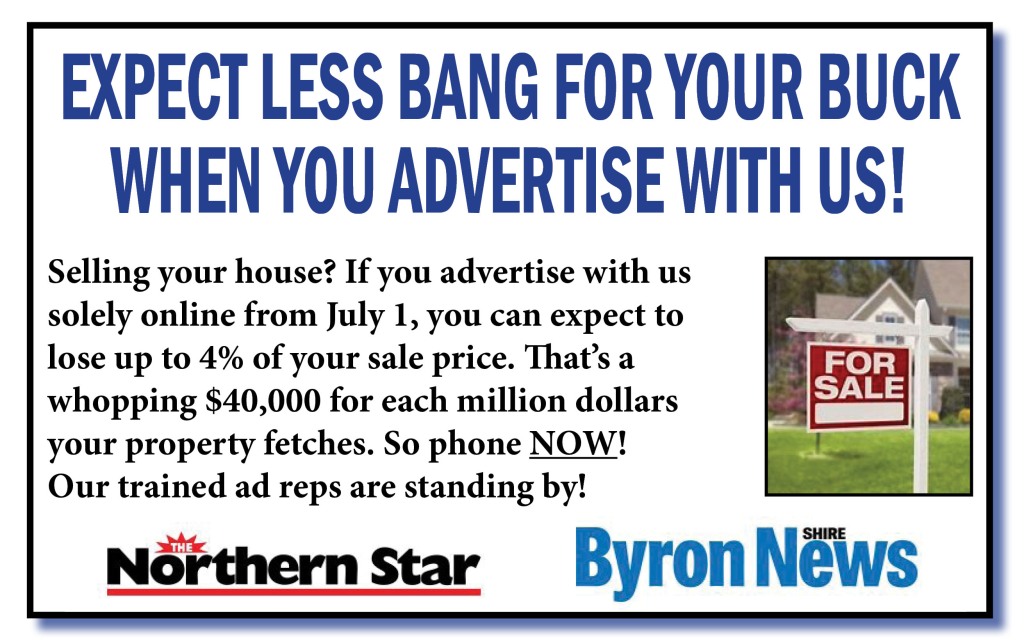 We all expect truth in advertising, right? It not only is our right; it’s required by law too.

So full credit to News Corp Australia for their refreshingly honest approach to the news that dozens of their suburban and regional mastheads will cease printed editions at the end of June and be online publications only.

The Bug has obtained copies of half-page advertisements to be run in two neighbouring News Corp mastheads over the next month as the Northern Star in Lismore and the Byron Shire News in far northern NSW wind down their printed papers.

That’s one of them at the top of this story. How’s that for a frank and open admission to property sellers moving forward? You can’t help but admire both papers and News Corp for telling advertisers exactly how things will be post mid-year.

Of course, both papers probably had little choice.

An ad in the Thursday May 28 edition of the Byron Shire News – for, of all businesses, its neighbour The Northern Star – had this to say in asking property sellers to list with them: “Did you know that on average, people who list their homes in print and online can expect up to 4% more when compared to online only?”

And proudly at the bottom of the full page ad is the wonderful slogan: “Expect more from print.”

What an amazing – and we all hope, effective – sales pitch from a printed regional paper that has serviced Lismore and district for ever and a day.

Sure, its management would already have known that it will cease printing in a month but it is still fully entitled to plug the benefits of the printed ad, albeit for only the next 30 days or so. There’s nothing wrong in selling to your strengths. Be stupid not to, really.

But as we said at the outset, their honesty moving forward – as shown in the advertisement featured at the top of this article – should make us all very proud that our very own (well at least up until 1985) Rupert Murdoch has ensured that the most powerful media conglomerate this world has ever known has maintained the highest possible standards of journalistic professionalism and a steadfast devotion to honest and ethical editorial content and advertising sales behaviour at all times. 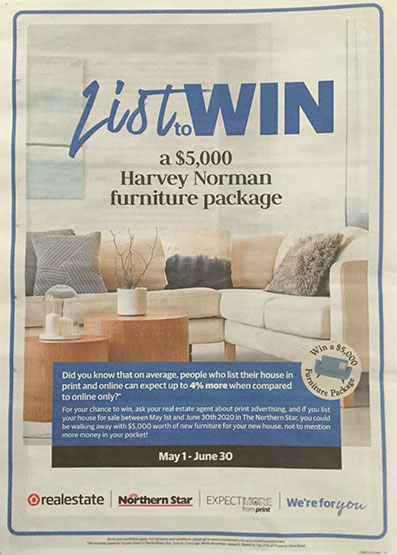