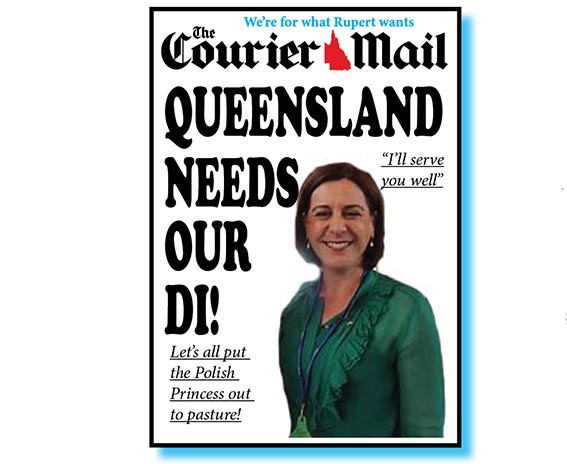 “This paper is now such maggot-ridden crap it is a disgrace.”

No, this is not a competition to find out which particular News Corp Australia publication this person is talking about.

And the stinging words come from one of this generation’s finest and most honoured journalists.

Tony Koch is a five-time Walkley Award winner and was inducted into the Australian Media Hall of fame in 2018.

He was a former News Ltd scribe for 32 years so has had plenty of skin in the game which makes him now over-qualified to take the skin off the frame of the Dirty Digger in New York and the brown-nosing, boot-licking non-journalists charged with running down his Australian mastheads. 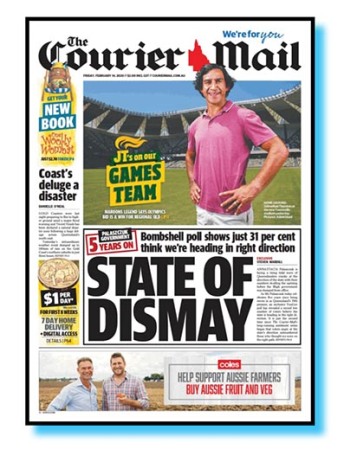 He wrote: “Morrison govt exposed as lying about elegibility of 43 percent of sports rorts recipients; Made P 10 of Courier Mail; Page 1 screamed how poll from a nobody polling company was critical of Palasczuk govt.

He’s spot on, of course, for very simple reasons.

If the story about a sports rorts scheme had involved a Shorten Labor government, it would have been on page 1, not page 10.

That front page says everything you need to know about the new editor of Brisbane’s monopoly shitloid and gives fair warning of what the paper’s readers in general – and the Labor government of Annastacia Palaszczuk in particular – can expect in the months leading up to the October 31 state election.

The Courier-Mail will unashamedly and unabashedly be presenting itself as the Bowen Hills branch of the Liberal National Party of Queensland as usual but it will ramp up its commitment to the cause as election day nears.

By the way, its sister masthead, The Sunday Mail, will only be a sixth as bad, seeing it only comes out once a week.

To save the Courier‘s graphic department time, up top we’ve created a front page the paper can run on Friday October 30 or election morn, October 31. Or any time in the next eight months, really. Who are we trying to kid?

Not as a one-off editorial statement at campaign’s end, of course. That would be fair and reasonable so that’s totally out of the question.  It will be a  daily event, during the campaign especially.

If Tony Koch thinks the Courier is maggot-ridden crap now, that shit’s going to be glowing  red hot and bubbling with anthrax, E coli , chunky Hydatid cysts and a much deadlier strain of coronavirus as this election year unfolds.

Steve, Renee and others will be outdoing one another to ensure Queensland is rid of this terrible government and an LNP government beholden to protecting the demands of a certain decrepit, money hungry,  ethically bereft, scrawny arsed Octogenarian New Yorker is installed for the next four years.

Is there hope that the Courier shitoid, its sister paper and all their faux journalists will fail in this quest?

Well, they’ve failed dismally in the past two state elections despite their best efforts to be totally, unethically, unprofessionally and sickeningly onesided.

The Bug remembers fondly – as we’re sure Koch does too – reports that the then Courier editor Christopher “Let’s show quality journalism the” Dore was a shattered man after the election results rolled in and his paper’s best efforts had come to nought.

“I can’t believe Queenslanders ignored what we told them to do,” he told equally shattered senior staff. Or words to that effect.

The one good thing to come out of the Courier’s performance in particular in the months ahead is that News Corp Australia and that awful cunt in New York seem totally unaware of, or probably more accurately totally unconcerned by, the ongoing damage such right-wing partiality does to their various brands.

If the latest Morgan Poll readership findings were dismal for News Corp papers overall and The Courier-Mail in particular, wait until their findings in early 2021.

Even if The Courier-Mail can find a way to see off the Polish princess, its disgraceful bias will be just another nail in its coffin. 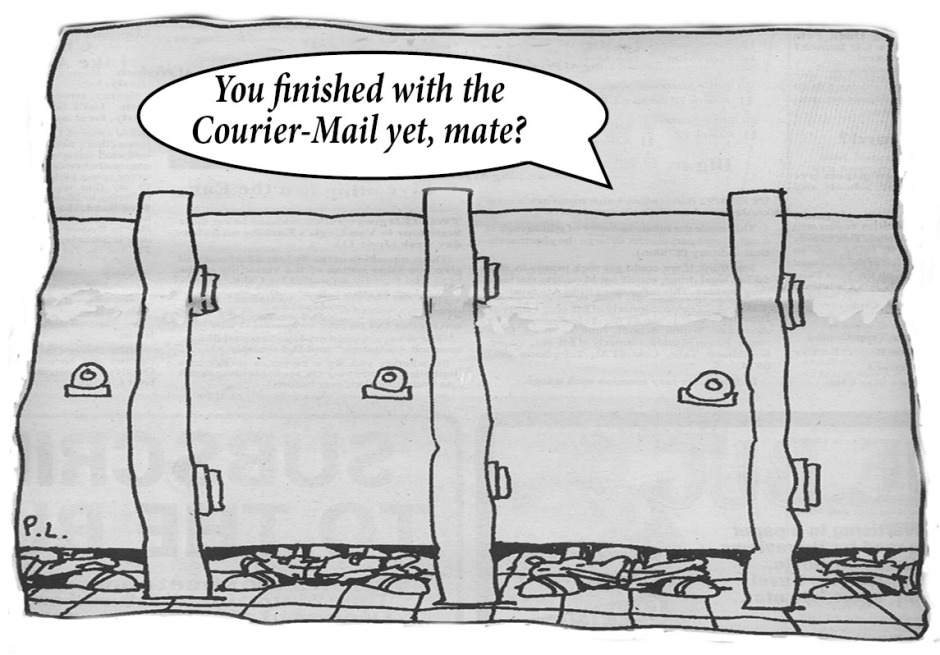