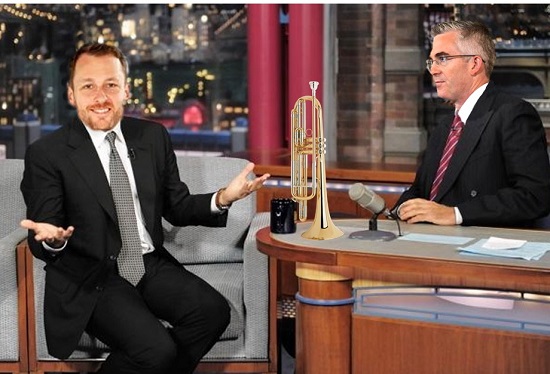 The ABC says it is happy it stuck with the traditional format for its long-running Insiders program when it returned for 2020 today with new host David Speers.

An Insiders insider told The Bug several alternative formats were tested during the summer break before senior executives decided  to again run with the arrangement used since 2001 of having  a host — formerly Barrie Cassidy and now Speers — plus a panel of three journalists to review the week’s political events.

“We rehearsed a couple of alternatives but none of them worked as well as what we’ve always done,” the insider said.

“One version we tried was a traditional US talk-show format with David joined by one of the Peter Van Onselens as his sidekick who would tell jokes or anecdotes for David to spark off (main picture).

“That really came close to being the format we ran with in 2020 except Peter kept changing his story as he spoke which kept throwing David off his game.

“We also tried having David work with just Niki Savva, but that just prompted one question from the entire test audience: What happened to the other Kranski Sisters?

“We used Annabel Crabb in one test episode and she insisted on having a Master Chef-style format with all panelists and David Speers having to whip up a dish — without advance warning — during the hour.

“But luckily that was canned very quickly,” the Insiders insider said.