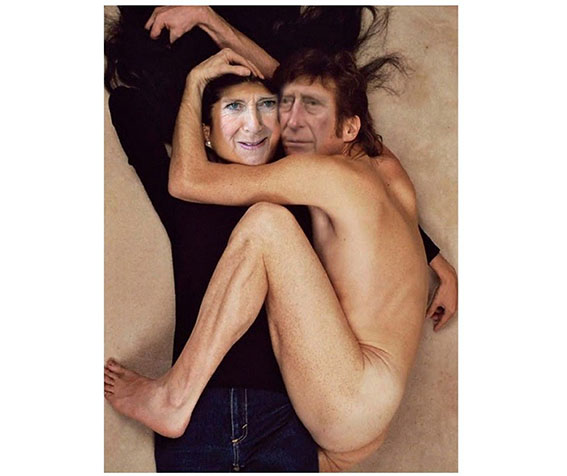 In a world exclusive, The Bug’s uncannily accurate astrologer Kisma Ayrias looks ahead – he thinks that’s generally the best way to do it – over the coming 12 months to give month-by-month predictions telling readers what’s in store for them, our nation, and the world in 2020.

UK: Prince Charles and his wife Camilla attempt to set the agenda for 2020 and rehabilitate the image of the Royal Family in the wake of the disastrous BBC TV interview by Prince Andrew by posing for and releasing intimate photos taken by famous US photographer Annie Leibovitz (main picture). Public reaction is not what the couple expected and so plans for releasing a portfolio of tasteful fully nude photos of them are shelved.

Canberra: A media Freedom of Information investigation shows that drought envoy Barnaby Joyce did not send a single report to Prime Minister Scott Morrison outlining his efforts for his $675,000 package, be it by text, carrier pigeon or any other method of communication, thus exposing both men to countless lies over the issue. Both Joyce and Morrison join in with News Corp Australia mastheads in calling on Opposition Leader Anthony Albanese to resign for failing to keep them honest over the scandal.

Melbourne: Samantha Stosur’s tennis career hits a new low after she is bundled out before the first round of the Australian Open. 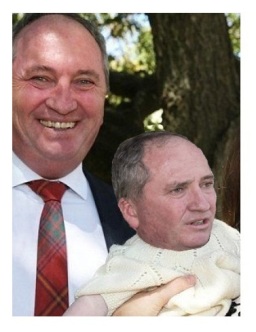 Tamworth: The Member for New England Barnaby Joyce announces that he and his family (pictured) will move to Sydney because “I’ve had a gutful of government ruining my life and I therefore refuse to live in any electorate that would have me as their representative”.

Canberra: Singer Tex Perkins is the surprise Australian of the Year following late, heavy voting support after his “The Honeymoon is Over” dig at PM Scott Morrison at the NYE concert in Sydney.

UK: Royal physicians conducting their weekly examination of Prince Philip to monitor his general health and well-being discover to their horror that the Queen’s husband had in fact died early in January. They had mistaken his complete lack of racist and other offensive comments in that period to his finally becoming a nicer person in old age.

UK: As Britain crashes out of Europe without a deal, an angry Prime Minister Boris Johnson berates his people saying: “I only promised to get Brexit done, chaps and chapettes. I never said it would be done well!”

Sydney: Stung by criticisms that he has not been proactive enough in combating the bushfires still threatening much of the nation, Prime Minister Scott Morrison says he now believes the Sydney Harbour fireworks heralding in 2020 should be called off.

Canberra: Prime Minister Scott Morrison’s one-seat majority in Parliament is put at risk with the Member for Dawson George Christensen facing a lengthy hospital stay after accidentally jamming his penis in a Manilla nightclub hostess. 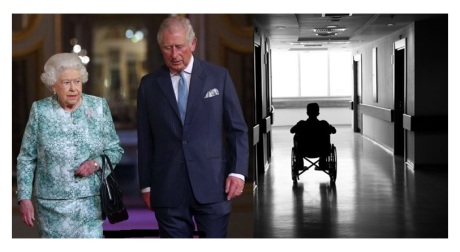 UK: Queen Elizabeth, taken ill with a late-winter cold,  berates her oldest son Prince Charles (pictured) over “a total lack of sensitivity in regard to One” after he rushes ahead and books Westminister Abbey for his coronation.

Sydney: A bitter Karl Stefanovic, sacked over poor ratings for the Today show, blames Nine management for making him perform sober. “I do my best work when I’ve got a bit of a buzz on,” he complained. “Everyone knows that.”

USA: The deaths through old age of three Democrats presidential hopefuls, including Bernie Sanders, opens the door for Joe Biden to take the party’s nomination in July.

Canberra: Prime Minister Scott Morrison’s one-seat majority in Parliament is put at risk after the Member in Exile for New England Barnaby Joyce faces a lengthy hospital stay after accidentally jamming his penis in an electoral office intern.

Brisbane: Former Queensland Premier and rugby league head honcho Peter Beattie (pictured)  resigns only two months into his job as Country Women’s Association chief executive officer over a gaffe in which he declares he always gets a little teary-eyed whenever he hears the ladies singing Jerusalem before each of their meetings.

Canberra: Prime Minister Scott Morrison announces he will celebrate the anniversary of his miracle election win by taking a short family holiday to Hawaii, a decision that cops its share of flak considering there’s still no end in sight to the already calamitous national 2019-20 fire season and the rebuilding of Sydney has only just begun.

Sydney: After a Tempe teenager becomes the 10th person to be struck and killed by one of the city’s new Light Rail services, Premier Gladys Berejiklian says it would be almost impossible to make the trams go even slower to prevent such deaths.

Canberra: With Prime Minister Scott Morrison’s popularity in the polls still in the doldrums after his 2019 and 2020 Hawaiian holiday fiascos, talk about a challenge by Home Affairs Minister Peter Dutton grows louder and louder by the day but then dies away completely when it’s found Mathias Cormann (pictured) is once again counting the numbers for the ambitious Queenslander.

USA: Joe Biden, now an infirm, drooling shell of a man with advanced dementia, wins a bitter and contested Democrats nomination and sits passively in his wheelchair as excited aides try to explain the great honour that has just been bestowed on him.

Brisbane: Former Queensland Premier and rugby league head honcho Peter Beattie resigns only two months into his job as national president of the Australasian Dessert Manufacturers Federation after a gaffe in which he wrongly attributes the origins of the pavlova to famous tenor Luciano Pavarotti’s grandmother in a remote northern Italian village.

Brisbane: Queensland’s chief health officer Jeannette Young announces an immediate inquiry into reports that someone has eaten a Dagwood dog at the annual Queensland Royal Show (the Ekka)  and hasn’t been physically sick almost immediately afterwards. 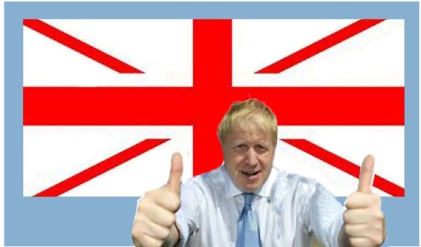 UK: The Conservative Party begins the search for a new prime minister after Boris Johnson resigns sensationally, saying the job wasn’t the fun he thought it would be “telling some fabulous fibbly-wibblies and hamming it up for a corny photo-op media stunt once or twice a week”. “And they’ve been making me read all sorts of papers and documents and be involved in never-ending meetings and stuff,” he bemoans.

Brisbane: Funeral plans are  now taking shape for the editor of The Courier-Mail who is tragically struck and killed by a flying pig that crashes through a window at the paper’s Bowen Hills HQ moments after he declares before assembled staff that he wants the paper’s state election coverage to be totally fair, professional and balanced.

Sydney: The 2020 NRL grand final between the North Queensland Cowboys and the Brisbane Broncos at the SCG is abandoned 4-4 at half-time after thick smoke from the hundreds of bushfires raging to the city’s west makes further play impossible.

Brisbane: The LNP win the Queensland state election on October 31 with Premier-elect Deb Frecklington promising Queenslanders “good, strong stable government, that’s for sure, thick and fast, like a flock of flocking pigeons and the rest, don’t you worry about that”. The Courier-Mail the following day has a big front-page photo of a distraught Anna Palaszczuk sobbing uncontrollably in the arms of newish boyfriend Gautam Adani.

USA: President Donald J Trump wins another four-year term in the White House by a thumping margin, a not unsurprising result considering there was no other candidate on the ballot paper after he had shot dead his wheelchair-bound Democrats rival Joe Biden in a New York street several weeks earlier.

Brisbane: Bitter infighting breaks out in Queensland Labor after its state election drubbing, with much of the vitriol aimed at whoever came up with the campaign slogan: Join Us As A Freckle Puncher!

Canberra: The Liberal Party meets to elect a new leader and prime minister after Scott Morrison (pictured) self-raptures at a Hillsong service. 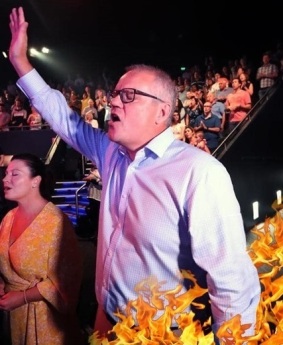 London:  After Queen Elizabeth is found dead in her bed at Windsor Castle, Prince Charles stuns Lesser Britain by declaring he’s now too old to be king and would prefer to keep talking to his plants and be a loving tampon to Camilla. Son William also declines the crown as does his son, Prince George, leaving royal and constitutional experts quickly making plans for the coronation in Westminster Abbey of Princess Charlotte, 6.

Sydney: NSW Premier Gladys Berejikian challenges herself for the leadership of NSW, declaring “my nose tells me a good government has lost its way”.

Tamworth: Barnaby Joyce switches to the Liberal Party and immediately challenges Tim Wilson for the job of party leader and prime minister, arguing that “a good government has lost its way and, besides, I desperately need the money with that bloody barmaid at Uralla preggers with twins”.