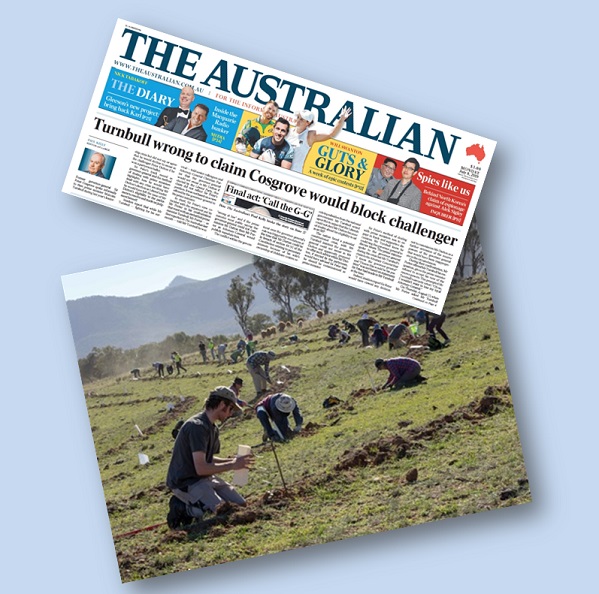 Australia’s paper-manufacturing industry is implementing emergency plans in an effort to drastically increase production in the wake of a report published in today’s edition of The Australian.

A senior executive in one major paper manufacturing company, who wished to remain anonymous, said the front page story in the national newspaper held grave implications for the industry.

“Most decision-makers in our industry read The Australian, so you can imagine their shock when they woke up today to see the Paul Kelly story across the top of the front page of the paper,” the executive said.

“Naturally it’s illegal to collude among manufacturers in any big industry, but that didn’t stop the phones from running hot as the big players in our nation’s paper industry rang each other to work out what needed to be done, and done quickly.

“Media consumers would know that The Australian and others have taken an interest in the story behind Malcolm Turnbull’s demise as prime minister, and a lot has been written in a number of media outlets about Turnbull’s alleged move to potentially implicate the Governor-General in blocking Peter Dutton’s rise as PM.

“But so far, a range of other journos have been writing those stories. Until today.

“We all woke up to see Paul Kelly, The Australian’s editor-at-large, has now taken an interest in the story.

“That can only mean one thing – he’s got a book in mind, as well as numerous other stories and think pieces about this potential Constitutional crisis that it seems was avoided at the time.

“But that won’t stop him, as we know too well from his past behaviour.”

The industry executive said a rapid escalation in paper production was now needed to meet the demand due to be created by Mr Kelly’s future writings including a book on the issue.

“We know Kelly’s book often have far more pages than even Peter Fitzsimons’ monthly historical offerings and two at Christmas, so we’ve already been in touch with our pulp suppliers and they have ordered urgent plantings of new plantation trees (main picture),” he said.

“Kelly’s books always pose a challenge because of their size, if not their content.

“I don’t want to get too technical but we usually classify books like his by using a scale of sizes from thin, slim, and medium right up to Blanche. His usually fall into the category of double-Blanche, so we’ve no time to waste.”

The anonymous executive said in addition to new sources of paper pulp for the coming Kelly book, additional paper plantations would be needed to supply cardboard for in-store remainder bins.

“That’s always been the case with his books. One always goes with the other,” he said.