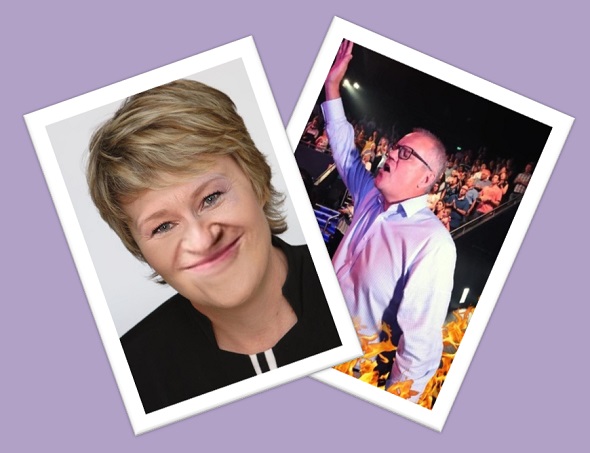 The Bug proudly presents the Scott Morrison interview that Australians will never, ever get to read, hear or see. And we think it’s a crying shame, really.

It will definitely never take place on Sky News in the daylight or after dark, any of Murdoch’s rotten rags, or Nine’s Herald and Age mastheads if the truth be known, and also highly unlikely on the ABC for fear of the corporation being labelled by the shock jocks as left-wing agitators who should be taken out and shot.

The Bug says crying shame, really, because it asserts the interview below that we’re never ever going to hear or read would be a fair and balanced summary of the lead-up to and the actual 2019 federal election campaign.

Morrison: Good to be with you, Patleigh-Fran.

Kellykarvelasales: It was clear during the recent campaign that you love your sport. Kicking a footie, playing tennis. Not to mention your beloved Sharkies. Prime Minister, do you believe that in the spirit of good sportsmanship, you should always pay the ball and not the man?

Morrison: Well, yes. That’s the way it should be.

Kellykarvelasales: But not in politics, it seems?

Morrison: I’m not sure what your point is here, Patleigh-Fran?

Kellykarvelasales: Well for the past six years of your government, first Mr Abbott and then Mr Turnbull and then you as Prime Minister barely missed a waking moment to denigrate Opposition Leader Shorten inside and out of Parliament. He was a liar, a sycophant, a brown-noser trying to get his legs under the tables of billionaires where he didn’t belong, a slimy, sneaky, lying snake-in-the-grass slithering his way towards the Lodge… And in the recent campaign your constant refrain was “Bill Shorten lies. That’s all he does.. he lies and he lies and he lies”. Could you get a better example of playing the man rather than the ball?

Morrison: Well, Patleigh-Fran, as you know, politics is a rough and tumble game..

Morrison: Well, the campaign was certainly hard fought and sure things can get rather personal…

Kellykarvelasales: The more you think about it, it was classical Goebellian in its execution, was it not?

Morrison: Well, I find that rather offensive… I don’t think the LNP campaign was that nazi…

Kellykarvelasales: You kick off with a $60 million royal commission into trade union corruption that was widely seen as an exercise in damaging Shorten and Julia Gillard. You then spend years villifying Shorten’s character. You condition the people to distrust him and then you hit him with the mother of all negative campaigns?

Morrison: Our campaign was targeted, sure, we accept that, but it only worked because the voters of Australia couldn’t trust Shorten and Labor with the keys to the Lodge. That’s the main reason I’m sitting here tonight, Patleigh-Fran, because the Australian people – and how good are they, hey? –  knew deep down that Labor can’t manage money. They knew when Labor ran out of government money, they’d come for the hard-earned cash in their own pockets…

Kellykarvelasales: Sorry to interrupt once again, prime minister, but how do you think you’d come out of it if the bright, red-hot invasive lights of a $60-million taxpayer funded probe looked onto your life? Shoved up your cloaca to expose your innermost workings to the general public? Your original preselection? The hatchet job you got News Limited through the Daily Telegraph to defame the candidate who beat you fairly and squarely by a very wide margin at that preselection. The reasons why you were let go at Tourism Australia? And other places?

Morrison: Sorry, where were we?

Kellykarvelasales: You surely can’t be proud of the largely negative campaign you ran, based largely on lies? That’s not a very Christian way to act, is it?

Morrison: I reject the entire basis of that question…

Kellykarvelasales: There was no 40% death tax in Labor’s policies?

Morrison: Well the Greens believe in that. It’s their policy so any Labor/Greens government…

Kellykarvelasales: Isn’t one of the basic tenets of Christianity to treat others as you’d like to be treated yourself?

Kellykarvelasales: Oh, shush now! And surely you don’t believe in winning at any cost, that the end justifies the means, the whatever it takes to win mentality … do you really think that’s the Australian way….?

Morrison: We live in a democracy, Patleigh-Fran, and the people have made their decision. Australians love a smirker …. sorry, I mean a winner.

Kellykarvelasales: I guess my main concern is, now that these tactics have worked so well for you, basically gifting you the unwinnable election, that the next three years are going to see the same constant personal vilification of Anthony Albanese, the same outrageous lies come poll time in 2022?

Morrison: How good is Australia?

Kellykarvelasales: You and your ministers have also been banging on a lot since the election about the mandate the electorate has given you to dramatically flatten the income tax scales which will favour the rich over the poor…

Morrison: Yes, that’s right. The people of Australia have endorsed that policy which was the centrepoint of our ongoing good, strong economic stewardship of..

Kellykarvelasales: Surely the people elected the Senate crossbench too, and they have an equal mandate to oppose anything they want?

Kellykarvelasales: Oh, no you don’t. My audience is not going to put up with that shit…

Kellykarvelasales: You really are a piece of work, aren’t you? No wonder so many people out there think you’re an absolute cunt.

Kellykarvelasales: Mr Morrison, thanks for your time tonight.

Morrison (opening eyes and lowering arm): Always a pleasure, Patleigh-Fran. How good of you was it to have me on your program tonight.